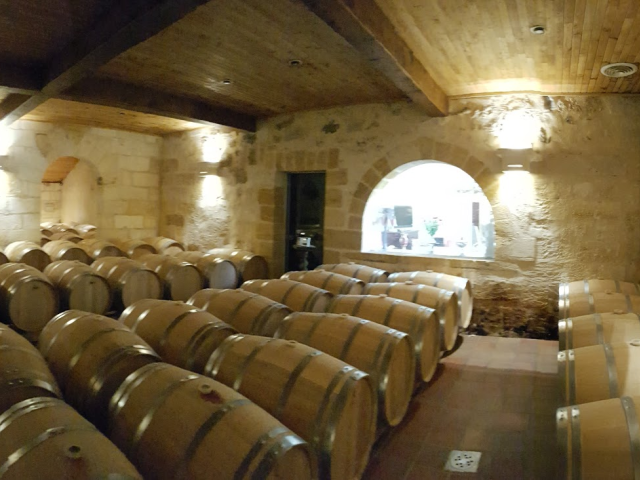 It is around the month of January that the racking is carried out . This operation consists of transferring the wine from the vats to the one hundred and fifty barrels in the cellar. These barrels in which the wine will stay for about twelve months are renewed by thirds each year. Far from being inert during this long period, the wine is the subject of constant attention. At least every month, our oenologist, M. TOUTOUNDJI carries out analyzes, the results of which define the behavior to be adopted. It is he who orchestrates the many operations to be carried out throughout this vinification period (racking, pumping over, micro-bubbling, adding yeast, sulfur treatment, topping, running off , etc.).

Each month, topping is carried out which consists of refilling the barrels after some of the wine has evaporated from each barrel. In Cognac, this evaporated part bears the pretty name of Part des Anges. We take advantage of this operation to adjust the quantity of sulfur in each barrel in view of the analyzes.