Depending on the degree of ripeness of the grapes, the harvest begins between the second half of September and the beginning of October. Convinced that authenticity could rhyme with modernity, we have been opting for a harvesting machine for about forty years now. In view of the constant progress in this field and in order to benefit from the latest technological advances, this machine is regularly replaced when new; we are now at the fourth harvesting machine.

Why the harvesting machine? 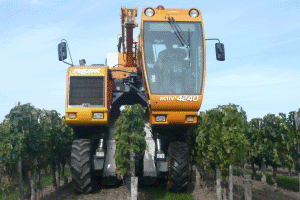 Michel MOREAU explains the history of this choice:

In their early days, harvesting machines caused a general craze which was however short-lived. Indeed, on the one hand, these first machines were far from being as sophisticated as those we know now and, on the other hand, the vine trellising was not yet adapted to withstand such a trauma. How many astes have been pulled out, how many grapes damaged, how many threads broken? In addition, a large number of winegrowers who wanted to harvest by machine turned to companies that carried out the harvest on a sub-contracting basis. For these companies, profitability offered little flexibility in harvesting times and under these conditions, it was difficult to hope to achieve an irreproachable harvest quality.

Nowadays, things have changed. The infatuation of the early days has given way to disinterest and only the few big players in the market have survived by offering machines whose quality has continued to improve every year. The level of perfection of the machine that we currently use is such that it is not rare that the quality of the harvest obtained is better than that picked by hand. In fact, the machine picks seed by seed, whereas a picker picks it bunch by bunch. Sorting (when it is a mechanical sorting), is naturally much more efficient and precise since it is only a question of sorting seeds rather than bunches of sometimes very heterogeneous maturity. 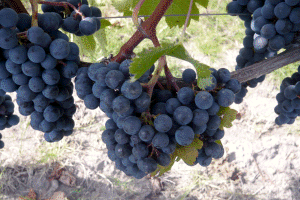 Unlike manual harvesting, which mobilises several dozen pickers, machine harvesting involves only a small number of people. The flexibility in the organisation of the timetable is greatly improved, thus allowing : 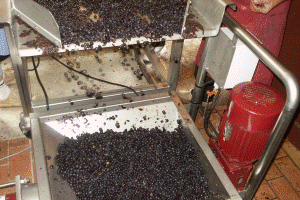 The harvest is then transported to the vatting house by special trailers called tombereaux. It will first go through a machine called WINERY whose function is to remove the few stalks (green part of the bunch) that are still present, then through a rotary crusher designed to burst the seeds so that they release their juice. The whole will then be sent to the vats by means of a marc pump.

Château PLINCE has nine cement vats with a capacity ranging from 70 hl for the smallest to 132 hl for the largest. The two oldest were built by Felix MOREAU in 1942, two others by Robert MOREAU in the 1960s, three more recent ones were built in the 1990s and the last two were built in 2020. Eight of them have an epoxy coating and all the vats are equipped with the most modern electronic temperature control system. 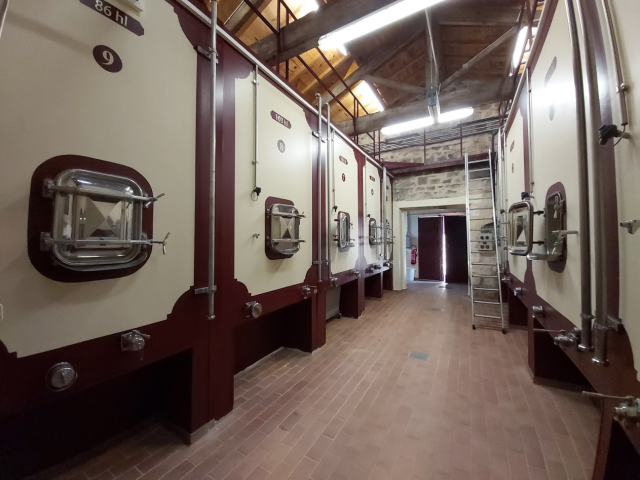 The harvest will then stay in vats for between three and four weeks depending on the vintage. It is during this crucial period that the wine is born that the three phases of fermentation take place: one week of pre-fermentation, then one week of main fermentation and finally one to two weeks of post-fermentation. At the end of this fundamental stage, part of the wine - since it is now wine - is then transferred to barrels to undergo a second fermentation called malolactic fermentation.