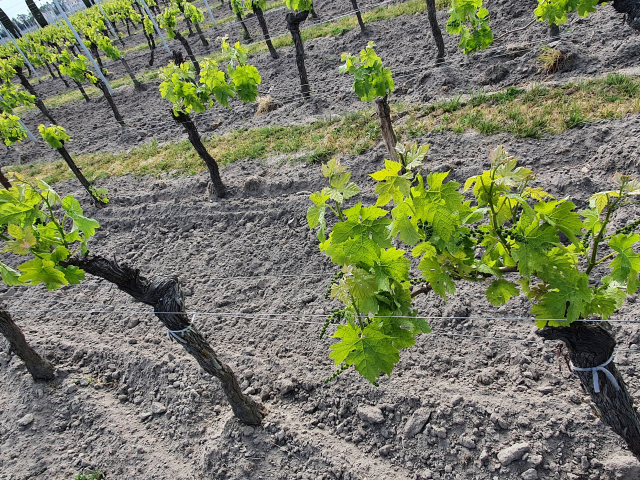 Like most agricultural products, vines can be attacked by various parasites that can compromise the harvest or, in the worst case, lead to the death of a vine. Thus, in order to obtain a quantity of grapes that is economically viable for the winegrower and an optimal sanitary and organoleptic quality that is essential for the production of great wine, 100% of winegrowing operations use phytosanitary products (pesticides). At Château Plince, the protection of the vineyard is based on the main principles of sustainable agriculture:

Our environment and our health are precious, let's preserve them. 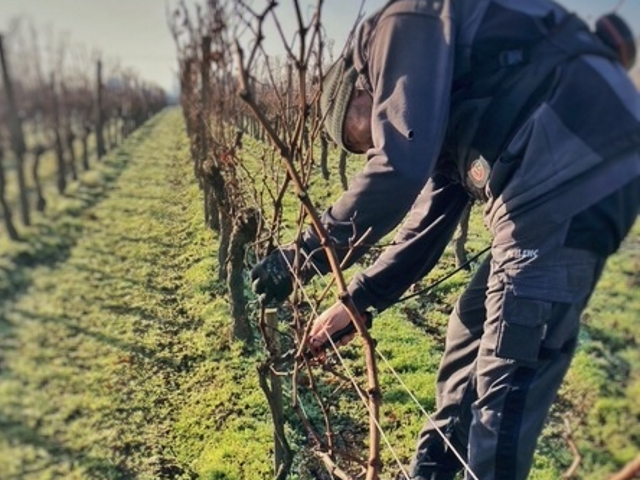 The pruning of the vine starts during the month of November, when the vine has lost almost all its leaves. This is by far the longest operation carried out by the winegrower as it takes place over a period of two to three months. At Château PLINCE, we practice the so-called Guyot simple pruning. This method consists of leaving on one side of the foot a long branch called the aste and on the other side a very short branch (less than ten centimetres) called the côt. It is on the cane that the bunches of grapes will develop when the weather returns, while the side branch will provide the cane for the following year.

With the exception of December and January, the soils are the subject of constant attention, mainly consisting of eliminating the grass that competes with the vines and therefore hinders their good development. In the recent past, this operation was largely based on the use of herbicidal products, known as chemical weeding. These products, although effective, were not without consequences on micro-organisms and soil life. For these reasons, we prefer mechanical weeding which, in addition to its ecological qualities, allows aeration of the soil which favours water penetration. Moreover, by cutting the superficial roots of the vine, it forces the vine stock to take deep roots.

In the spring, the disbudding operation consists of removing a few buds from the branch (the aste). This is an exclusively manual operation which reduces the load on the vine stock and thus encourages the development of bunches of much better quality. Studies have shown that de-budding also allows an increase in the potential degree of alcohol.

De-budding is a concomitant operation to disbudding which also aims to relieve the pressure on the vine stock. It consists of removing the shoots of branches called "pampres" which develop at the base of the vine. Once again, we have now decided to abandon the chemical removal of shoots from the base of the vine stock as it was done before, in favour of a mechanical removal of shoots that is more environmentally friendly.

Lifting and tilting the vine are operations that consist of verticalizing the shoots that grow in all directions and trapping them between the two mobile stainless steel wires of the trellising, which are called leveuses. These wires, held by biodegradable staples, are lifted and then raised as the vegetation grows by hanging them from the stakes. This operation is greatly facilitated by the use of the new metal stakes.

The trimming is a mechanical operation of equalizing the upper part and the side parts of the vine row to contain the expanding foliage. It allows on the one hand to reduce the wind-up of the rows of vines in the event of a storm and on the other hand to eliminate the new leaves more vulnerable to diseases since they have not benefited from the treatments that may have been carried out. before. Finally, it should be noted that trimming also gives the vines this characteristic aspect of our Bordeaux wine-growing landscapes.

Racottage or complantation is a fundamental operation that consists of replacing each year the few vines that have not survived diseases or that may have been pulled up accidentally with new plants. This operation is carried out either in the autumn or in the spring.

The nutrition of the earth

From the end of the harvest or in the spring, it is important to take care of the land from which the vines draw the elements necessary for their good development. To do this, two types of fertiliser are applied to the vines: 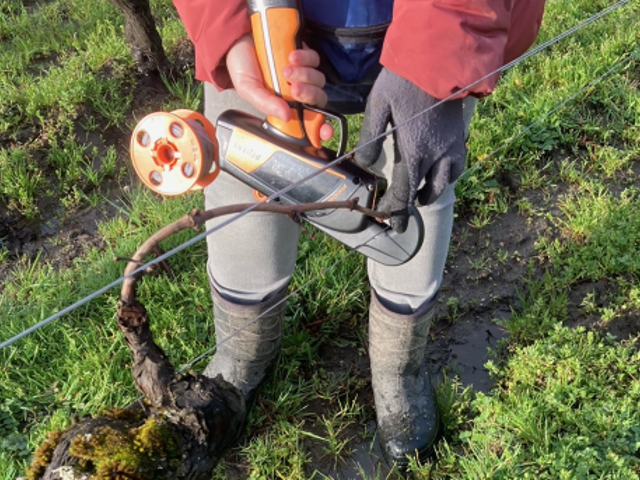 In viticulture, the term petites façons refers to a set of manual agricultural tasks that are often complementary to the operations we have just presented and among which we find :